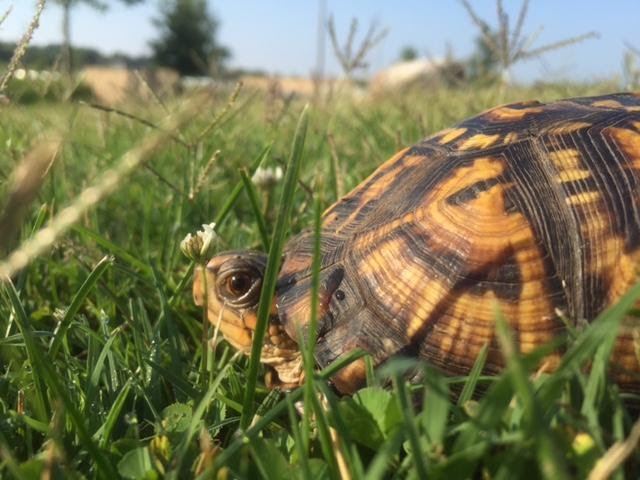 These turtles have a high, dome-like carapace (top shell) and a hinged plastron (underside) that allows total shell closure. They range in size from 4.5” to 8” long. Unlike warm-blooded animals, their metabolism does not drive their appetite. They can just lessen their activity level, retreat into their shells, and halt their food intake until better conditions arise. 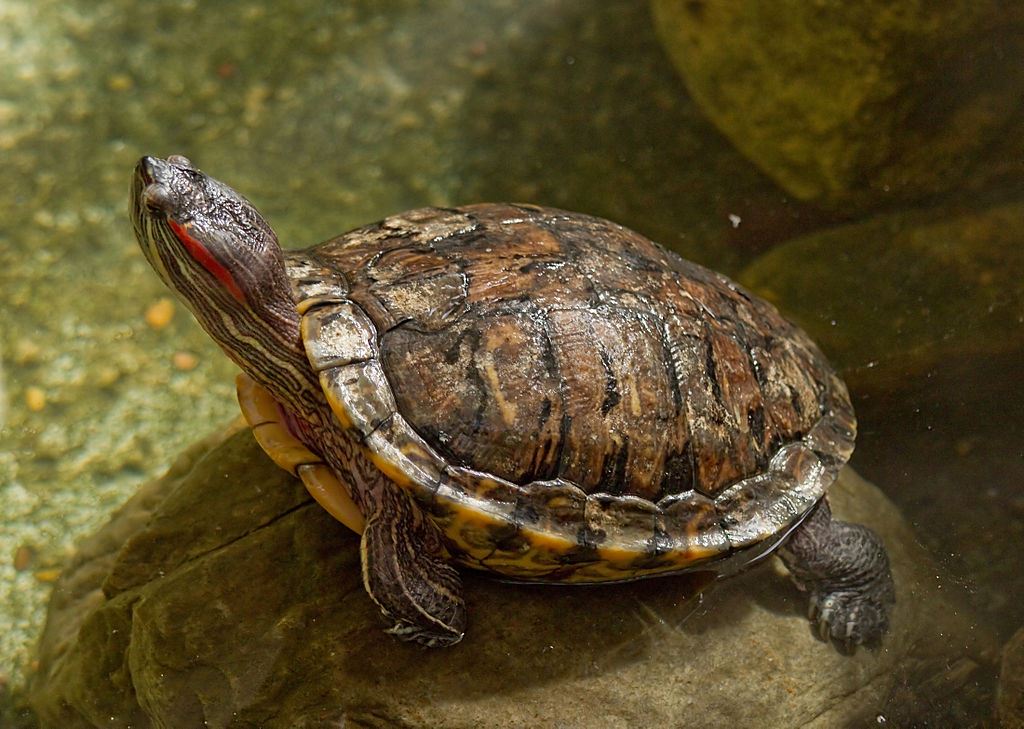 This reptile is a medium-sized, semi-aquatic turtle. They are found in shallow, slow-moving water that has diverse vegetation and nearby places to bask. They range in size from 4in-11in and are often completely black in color. They can live up to 30 years in the wild. 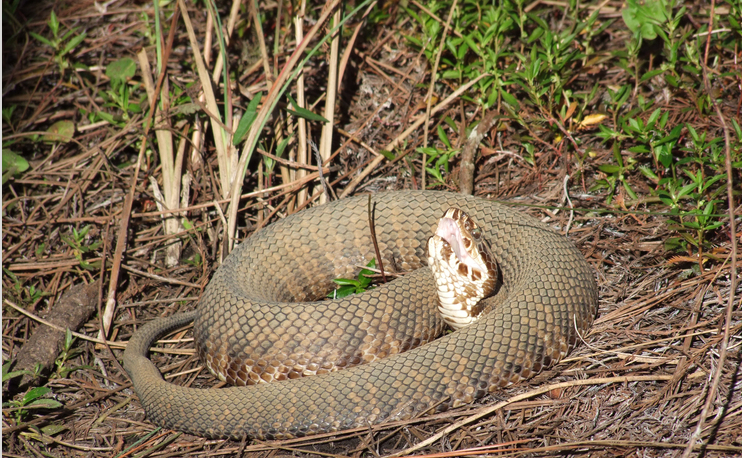 These snakes prefer wetlands but are also found on land in vegetation and under logs and branches. They have a maximum length of 5 ft and a weight of about 4 lbs. The heads of adults are large and spade-shaped with the inside of the mouth being bright white (cottonmouth). They are venomous and typically nocturnal, primarily eating southern leopard frogs, catfish, bass, and young snapping turtles.

This snake is found in 28 states throughout the central and eastern United States. Their broad geographic range is associated with an array of habitats in which they occur. They also associate with man-made environments including construction areas, sawdust piles, and suburban neighborhoods. Their close proximity with humans likely contributes to their status as the snake species with the highest number of bites within the United States.